Squirrel-sized, meerkats are members of the mongoose family, famed for their upright posture. 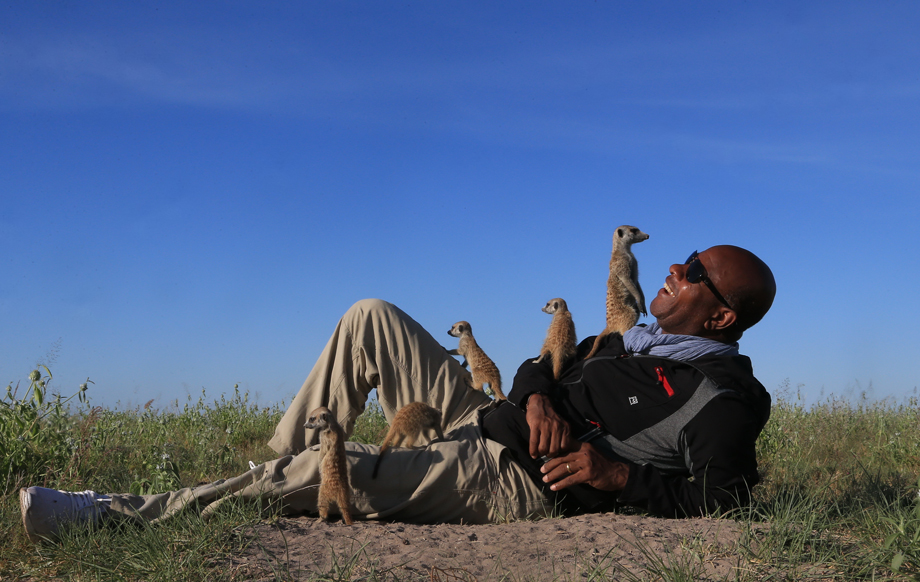 These fascinating animals live in group’s (called a ‘mob’, ‘gang’ or ‘clan’) typically numbering around 20 individuals, however there are some ‘super-families’ that can have over 50 members. Meerkats (also known as suricates)

work together in numbers. A few will typically serve as lookouts, watching the skies for birds of prey, such as hawks or eagles that will snatch them from the ground. A sharp, shrill call is the signal for all to take cover. While a few individuals guard the group the rest busy themselves foraging for the foods that make up their varied diet. Omnivores, their diet consists of fruit and plants or other animals such as beetles, caterpillars, spiders or small reptiles. Standing at about the height of a 30cm ruler, Meerkats are surprisingly fast for their size and can reach speeds of up to 32 km/h.

Meerkat groups utilise several different burrows and move from one to another. Each burrow is an extensive tunnel-and-room system that remains cool even under the heat of the African sun. Females generally give birth to between two to four young, however this number can be as high as 7 or 8. Fathers and siblings help to raise meerkat young, teaching them to play and forage and alert them to the ever present danger from above – or from rival meerkat clans. Young meerkats are so fearful of predatory birds that even airplanes will send them diving for cover. 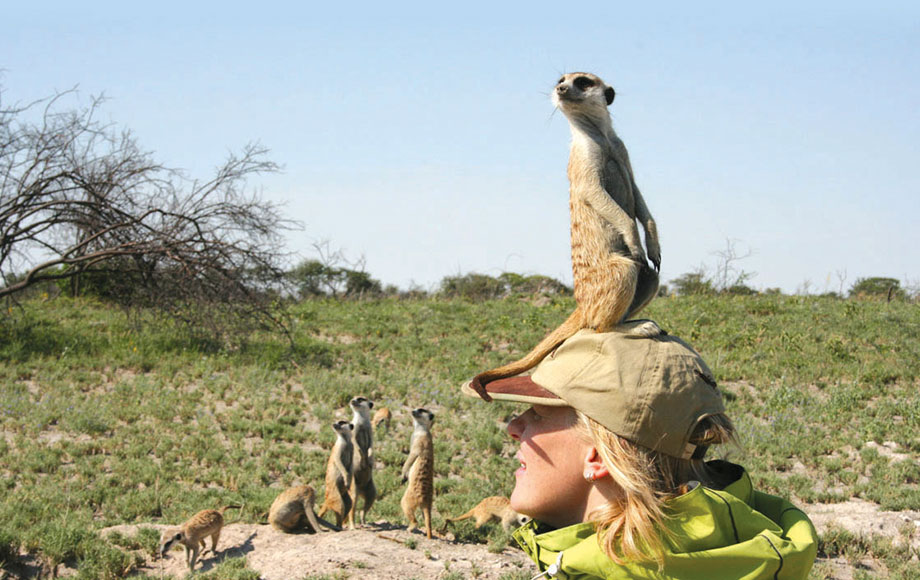 There are only a handful of habituated meerkat “mobs” in Southern Africa where it is possible to see these fascinating animals with relative ease. Meerkats are found throughout the Kalahari, which covers much of Botswana. The Makgadikgadi Salt Pans in the country’s north-east is one of the top locations for seeing meerkats in Africa. There are a number of remote camps near the Makgadikgadi Salt Pans where guests can sit and watch the meerkats as they go about their daily business. This is only possible because there is a permanent staff member that spends each day with the meerkats – allowing them to because habituated to humans.

Jack’s Camp and San Camp are two such camps where guests regularly see meerkats. Guests can spend a morning or afternoon watching these curious animals go about their daily life – foraging for food or keeping an eye out for unsavoury characters. The meerkats have become so accustomed to humans that they sometimes use them as lookout posts, climbing on top to gain a better view of their surrounds. Meerkats can be also found in the Namib Desert in Namibia.

Award-winning Jack’s Camp sits in the shade of palms amid a giant salt lake which dried up millennia ago, beside Botswana's otherworldly Makgadikgadi Pans National Park.

San Camp is a collection of romantic white tents which sit like a mirage beneath a scattering of lofty palms at the edge of a vast, glittering saltpan.

Where is the best place to see meerkats?

You can see meerkats year-round in a number of spots, however the best time is during southern Africa’s dry season (May to October). You can see meerkats at all times during the day, when they are out of their burrows busying themselves foraging and grooming. The few hours before sunset is a particularly good time to see them. Sitting near the entrance to their burrows is fascinating as you see each member head in for the night. 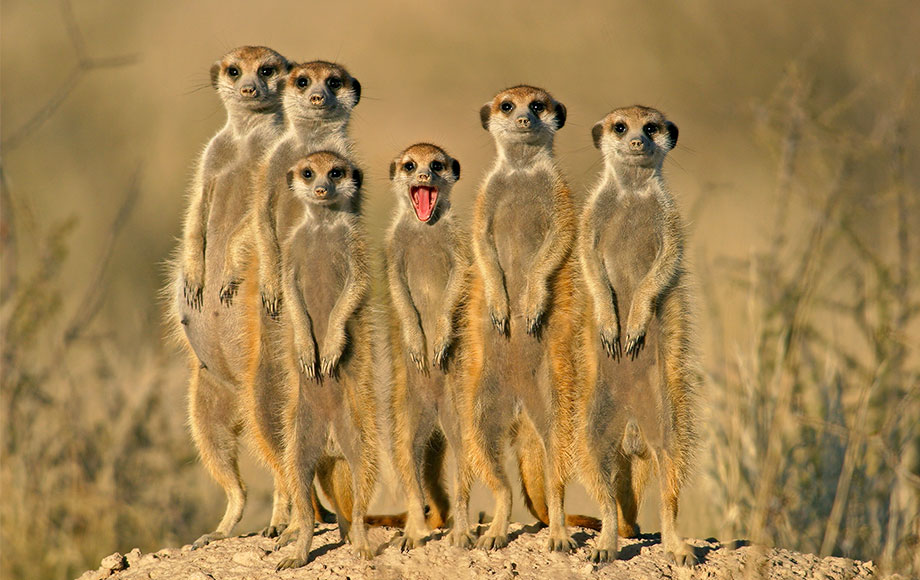 Immune to venom
Meerkats do not often eat scorpions, but they have developed a technique for handling the venom found in their stinger. The meerkat will move in on the scorpion quickly, grabbing the arachnid before biting off the tail and stinger. Without its tail the scorpion can’t strike a venomous blow. Millipedes are another poisonous meal that meerkats often enjoy – however they are coated in toxins. To combat this, meerkats have learned to rub and roll millipedes in the sand to remove any poison.

Remarkable eyesight
Meerkats have sensational vision that allows them to both spot birds in the sky from miles away but also see clearly underground. Long horizontal pupils also allow meerkats a wide range of sight, without the need for them to turn their heads. They also possess a membrane that shields them from dirt when they are digging.

Highly intelligent
Numerous studies have found meerkats use complex coordinated behaviours to solve different tasks both independently and with their mob. Studies have even shown that certain members of the mob are more likely to solve experiments than others – in particular, when it came to obtaining food.