When visiting South America, travellers could easily spend all their time in just Ecuador – so diverse are the landscapes. Straddling the equator which inspired its name, tiny Ecuador is easy to explore, from the Pacific Coast to the towering snow-capped volcanoes of the Andes and then back down again into pristine rainforest.  The towns of Quito and Cuenca are treasure troves of historic architecture, with beautiful churches, convents and museums.

The UNESCO World Heritage city of Quito, famous for its beautiful colonial buildings, is often the starting point of any itinerary. From Quito discover a stunning rainforest lodge or cruise the Amazon by luxury riverboat, before exploring the towering Andean mountains or exquisite Galapagos Islands.

The crowning jewel, the Galapagos Islands are a magnet for wildlife enthusiast and adventurers alike. Remote and starkly beautiful, this precious archipelago is filled with some of the earth’s greatest wonders from unique species to incredible landscapes. Made up of 13 main islands and countless small rocks and islets, a cruise by small ship or yacht is the best way to discover its many treasures.

For information on the Galapagos Islands, please click here.

Best places to go in Ecuador

Ecuador’s famed “Avenue of Volcanoes” offers some of the country’s most incredible volcanic scenery.

Cotopaxi and the Avenue of Volcanoes

Cotopaxi and the Avenue of Volcanoes

Amazon River cruises offer travellers a chance to explore some of Ecuador’s biodiversity hotspots, without compromising on comfort.

The historic centre of Santa Ana de los Ríos de Cuenca (Cuenca for short) is one of the country’s most beautiful cities.

The Amazon is the world’s largest tropical rainforest, roughly 5.5 million square kilometres in size and incredibly rich in biodiversity.

Ecuador’s historic capital, Quito was founded in the 16th century on the ruins of an Incan city

Best places to stay in Ecuador

Talk to one of our South America Experts

When is the best time to visit Ecuador?

Generally, Ecuador has two seasons, wet and dry; however local weather patterns vary greatly depending on geography. In the highlands, the dry season is June-September and December, but there are many places where you can get all four seasons in one day. As for the country’s cultural attractions, Ecuador’s cities can be explored year-round along with the Amazon – which can experience rainforest-like conditions (intermittent rain) at any time.

Generally the coolest and wettest period of time in Ecuador. The Galapagos Islands are still very popular at this time of year (yet not at their peak) as the waters are at their warmest and clearest – ideal for snorkelling. On the mainland rainfall is often in the form of afternoon showers.

The direst months in Ecuador are generally between June and September with blue skies and warm days not infrequent, and therefore a popular time to travel. If travelling to Ecuador at this time of year, consider combining a visit with neighbouring Peru. June to September is one of the busiest (and best) times to visit top sights such as Machu Picchu.

The most popular time to visit Ecuador, particularly over December and early January during school holidays. The waters around the Galapagos Islands begin to warm up at this time of year.

Can I do an Amazon River cruise in Ecuador?

Ecuador has a number of extremely luxurious riverboats that offer guests a chance to explore the remarkable Amazon Rainforest on either 4, 5 or 8-day itineraries. These itineraries offer in-depth exploration in total luxury and style.

Can I explore the Amazon Rainforest in Ecuador?

Ecuador offers visitors a chance to explore a small section of the Amazon Rainforest. There are a host of exclusive ecolodges in Ecuador’s Amazon Rainforest where guests can explore on foot, by canoe or in tall observation towers. Ecuador also has a few ultra-luxurious riverboats that act as the perfect base to explore the rainforest.

Can I combine the Galapagos Islands with the Amazon Rainforest?

When visiting Ecuador, it is easy to combine the Galapagos Islands and the Amazon Rainforest. Both destinations offer luxury cruises or lodge-based accommodation options. They are easily combinable, ideally with a stay in the historic capital Quito to break up your journey.

Our selection of suggested tours in Ecuador include city stays, overland tours, rail journeys, rainforest eco-lodges, haciendas and Galapagos small ship cruises. Choose from one of our featured itineraries or let us custom design a tour to suit your to suit your interests, style and budget. To find out more about the type of Ecuador experience we can put together for you, please download pages below. 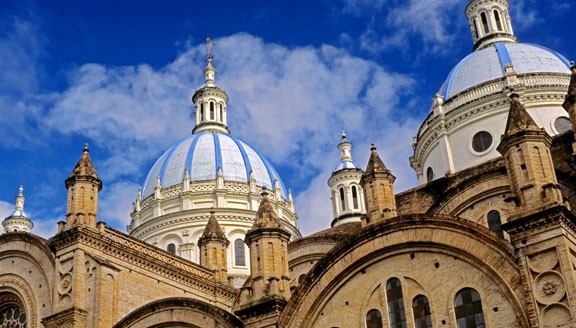 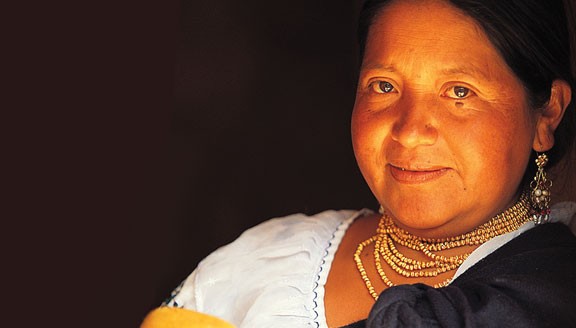 Pathway Through The Andes 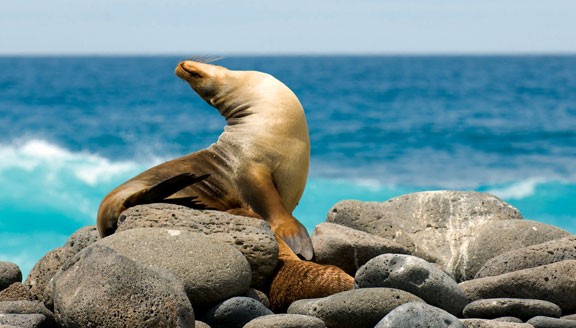