Polar bears are found in the Arctic regions of Canada & Europe (including Far East Russia) with the majority found in Canada, particularly around the Hudson Bay area.

Though polar bears live in one of the harshest environments on earth, where temperatures can reach as low as -45°C degrees, they are incredibly well adapted to do so. Beneath their skin they have a very thick layer of fat. Their fur also keeps them insulated, which they clean frequently. Diet also plays a factor in their ability to survive in this harsh environment. They feed mainly on ringed and bearded seals, because they need high amounts of fat to survive. 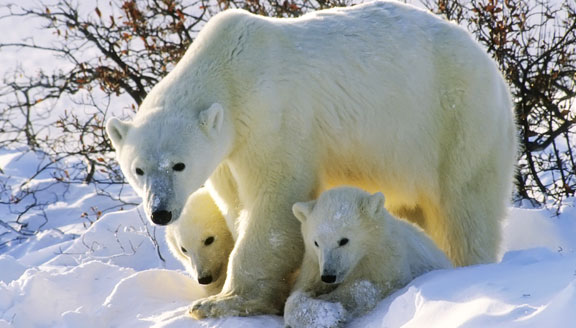 Polar bears are also considered marine mammals (the only bear species to be considered so), due to their dependency on the sea ice from the Arctic Ocean. It is also due to this reliance on sea-ice, and the continual year-on-year reduction in sea-ice due to Climate Change, that polar bears are facing an uphill battle for their survival.

How you see polar bears really depends on the location. In the northern European region, in particular around the Norwegian archipelago of Svalbard, they are generally viewed by expedition ship and on zodiac excursions.

The highest probability of polar bear sightings is on the Hudson Bay in Canada.  Most polar bear tours depart from the small town of Churchill – also known as “The Polar Bear Capital of the World” – and you can take excursions out onto the Tundra in specially-designed Tundra Buggy’s (a large overland vehicle).  Viewing is done from the buggy and the curious bears often approach the vehicle, offering a unique way to get close to the bears. Also out of Churchill are several exclusive fly-in lodges from which you take walking safaris to view polar bears on foot – from a safe distance of course. The best time to view the bears here is during October and November. 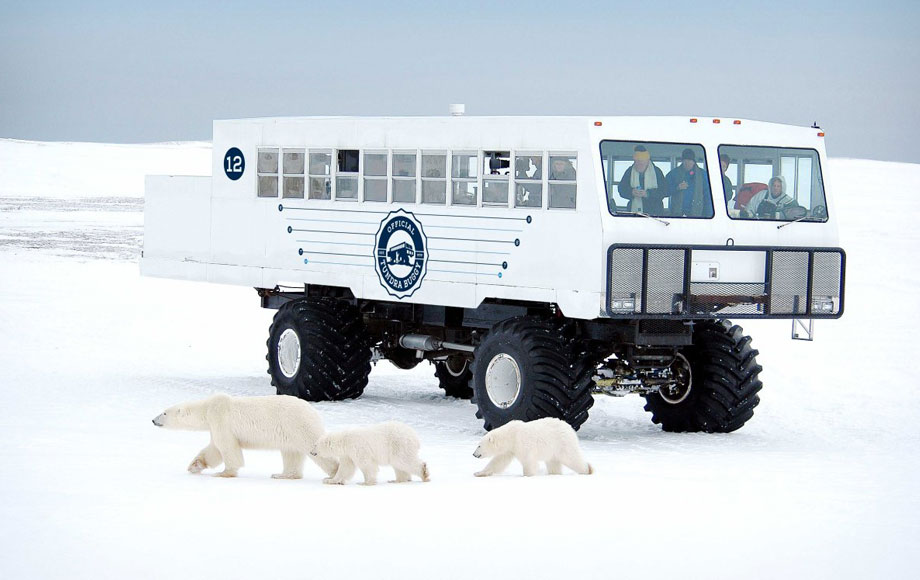 The tiny town of Churchill on the shores of Hudson Bay is the gateway to polar bear viewing in the region.

Churchill in Manitoba, Canada offers some of the world's best polar bear viewing experiences in both summer and winter, with travellers given the chance to travel aboard the amazing Tundra Buggy.

The tiny town of Churchill on the shores of Hudson Bay is the gateway to polar bear viewing in the region. Nicknamed the “Polar Bear Capital of the World” this itinerary see’s guests staying at the

Why are polar bears white?

Polar Bears are not actually white. They have black skin and their fur is actually transparent with a hollow core. This allows them to be camouflaged in the snow, making it easier to stalk their favourite prey – seals. 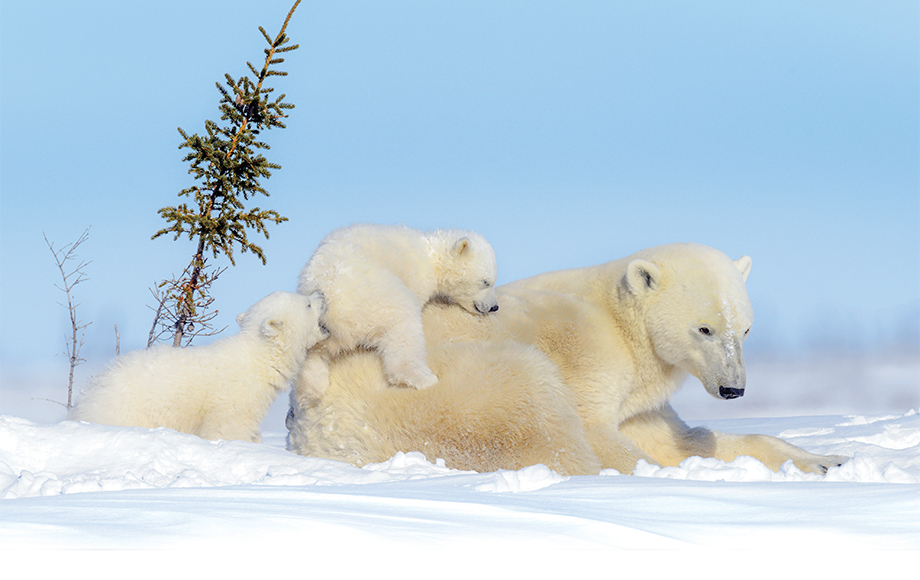 How many cubs do Polar Bears have?

Usually between 1-3 cubs are born between November and January but will remain in the den with their mother until emerging in March-April.  During this time the mother will not leave the den.

Unlike grizzly bears, polar bears do not hibernate.  They do fast at times and only pregnant sows will den to give birth and for the first months of the cubs life.

From little things big things grow
Cubs weigh less than 1kg when born but a fully grown polar bear will weigh between 350-700 kg for a male and 150-250kg for a female.

Strong swimmers
While not fast at around 10kp/h, studies had shown they can swim all day (even longer). The longest swim recorded is currently 10 consecutive days at a distance of 354km.

The Great Polar Bear AGM
Polar Bears tend to be solitary however they will congregate when waiting for the bays to freeze in order to head out on the ice to hunt.  Younger male Polar Bears can be seen together during the summer months, practicing their sparring skills with one another. This behaviour is in preparation for when they are older and need to fight other bears for mating and feeding rights.

Delayed egg development
Female Polar Bears have a delayed implantation after mating.  This means that while they may have a fertilised egg in their womb, it does not implant and start to grow for several months, ensuring the cubs are born at the right time of year.  This also allows the female time to gain the necessary weight before denning to give birth.