These graceful cats are still geographically wide-spread across Africa, including isolated parts of Morocco and Egypt. South Africa’s Sabi Sand Game Reserve has an especially high density of leopards, but in general their population is thought to be decreasing due to loss of habitat and increased human-wildlife conflict. African leopards are generally light in colour with distinctive black rosettes.

Highly-skilled hunters, their elusive prowess and camouflage often allow them to get incredibly close – sometimes within just a few metres – of their prey before striking. Though powerful big cats they are no match for other predators such as lion or hyena. As a result, leopards will often drag their prey high up into the relative safety of tree branches to avoid other predators. Baboons are also a major threat to leopards and have been known to kill them on occasion.

Leopards are solitary cats with separate territories. The only times adult leopards come together is to mate – and that only briefly – so it is very rare to see more than one leopard at a time. The only exception to this is seeing a female leopard with a cub or cubs. Witnessing a mother leopard with young is a beautiful sight, as it is only a fleeting stage in their life when they get to share this special bond.

Despite being known as elusive, in many parts of Africa, leopards are becoming increasingly common sightings – during both the day and the night. Though considered nocturnal, leopards are sighted regularly during the day, and like most other cats, they are most active in the early morning and late afternoon. In many areas across the continent, it is now considered more likely to see a leopard than a cheetah.

Leopards are sighted in virtually every major game park across Africa, however South Africa’s Kruger National Park and bordering Sabi Sand Game Reserve are two spots in Africa that are renowned for their leopard sightings. Botswana’s Okavango Delta and Kenya’s Masai Mara are two other destinations that offer superb leopard viewing opportunities. All leopard sightings are done by 4WD vehicle, as on foot, these cats are so shy they will simply run away before you get a chance to see them.

On Chief’s Island in the world-renowned Moremi Game Reserve, superb Mombo Camp is right in the heart of big cat country.

The most exclusive of the three properties on the historic Mala Mala Game Reserve, Rattray’s luxury suites embody old-world grandeur with their claw-footed tubs and romantic canopied beds.

Sabi Sabi Earth Lodge has been described as the most environmentally sensitive luxury safari lodge in all of Africa.

What do leopards eat?

Leopards are opportunistic hunters and as a result, have incredibly varied diets. Aside from small to medium sized antelope such as impala, they are known to eat insects, fish, reptiles, birds, monkeys and rodents – even porcupines! Their diets also change from region to region, depending on food availability. 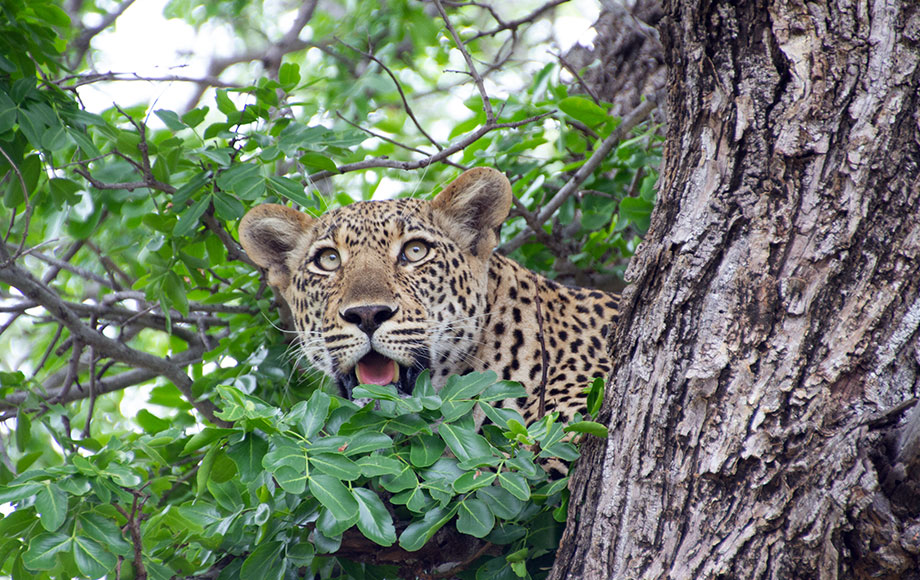 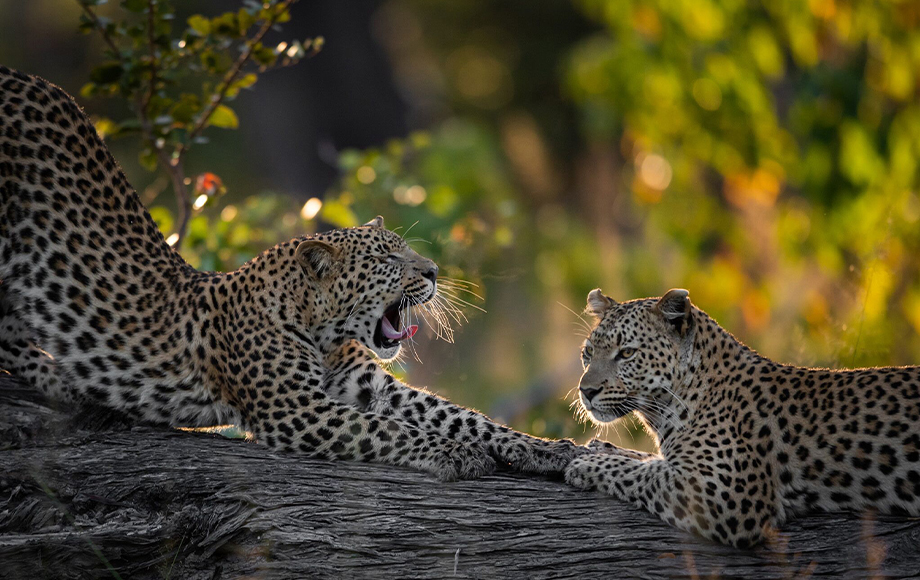 When is the best time to see leopards? – Aren’t they nocturnal?

It has long been said that leopards are nocturnal – silent, elusive cats of the night – and it is time to put this myth to bed. It is becoming increasingly common to see leopards at all times of the day, including out hunting. There are potentially plenty of reasons for this change in habit – habituation to vehicles, avoiding other predators during the heat of the day, or using their camouflaged coats to greater affect. Whatever the reasons leopards are now regular sightings during all times of the day in many countries across Africa.

Solitary cats
Leopards are solitary cats with separate territories. They spend plenty of time scent marking their territory to warn other leopards to keep their distance. The only time adult leopards come together is to mate – and that only briefly.

Built to climb
Leopards are powerful animals who are physiologically built to climb trees compared to other cats. They have a low centre of gravity and their long, sturdy tail helps to keep them balanced. Their powerful hind legs propel them forward whilst their strong shoulders, neck and forelimbs along with protractile claws allow them to grip bark with ease. Leopards can carry animals that weigh more than themselves into high tree branches.

Big boys
Male leopards are significantly bigger and heavier than their female counterparts, and weigh up to 90kgs compared to just 60kgs for females. Another difference between the two sexes is that males also tend to have extremely broad heads.