This boutique hotel situated in the neighbourhood of San Marcos offers guests a chance to experience the very best of Ecuador’s culture and traditions. One of the most recent hotels to open in Quito (December 2017), the hotel is set within a part of a large colonial building constructed around the beginning of the 18th century.

This stylishly restored hotel offers just 10 beautifully refurbished rooms and suites decorated in a mix of Colonial, Republican and contemporary styles. All guestrooms are spacious and offer comfortable chairs to relax in as well as beautifully appointed bathrooms with luxurious L’occitane amenities. The beds are fitted with fine linens and cosy cotton quilts while other comforts include blackout curtains, slippers, television, herbal and hot water compress and Wi-Fi. Some rooms overlook iconic Junín Street while others offer a view of the Virgen del Panecillo, one of Quito’s most glorious landmarks.

Guests can savour innovative Ecuadorian cuisine at the hotel’s restaurant partner Nuema. The award-winning restaurant is run by head chefs Alejandro Chamorro and Piedad Salazar – founding member of a gastronomic collective composed of chefs who work with local ingredients. Gastronomic culture in Ecuador blends different regions, cultures and history together. Many dishes mix grains, fruits and vegetables together from the Amazon, the Andes and coastal regions. These are then mixed with Spanish cuisine resulting in a wide variety of delicious food. Classic Ecuadorian fare include dishes such as hornado – a roast pork served with potato tortillas and vegetables – and encocado de camarones, a delicious coconut and shrimp stew. Wine connoisseurs can try superb South American wines from the hotel’s exclusive collection, while private tasting sessions can also be arranged (prior to arrival).

The hotel’s main lobby is a relaxing place to sit and boasts a central water feature. There is a Reading Room and Break Room whilst the bilingual staff at the concierge desk can answer any questions guests may have. With panoramic views of the historic centre, the breathtaking terrace is the ideal spot to enjoy a cocktail. Guests can also treat themselves to a little pampering on the spa, which features a body treatment room, Jacuzzi and a “reflexology room”. 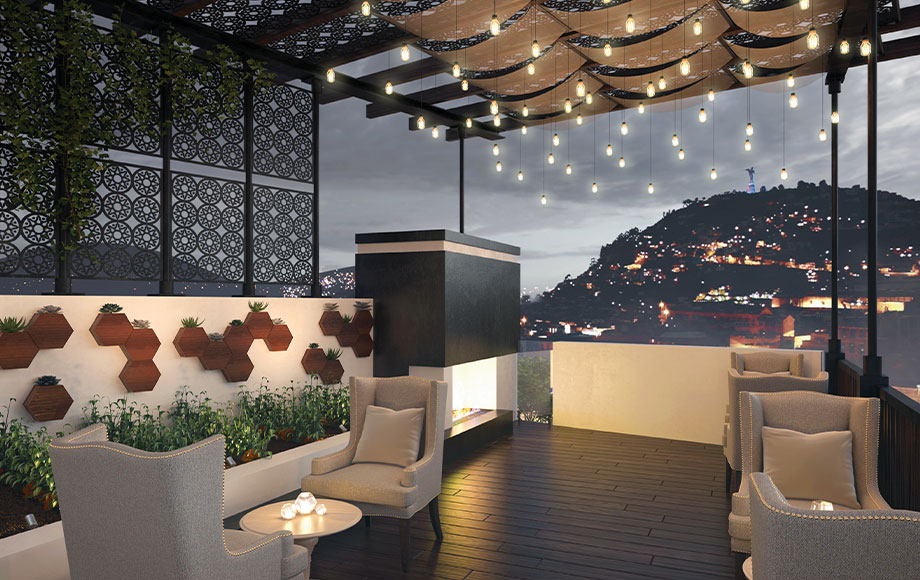 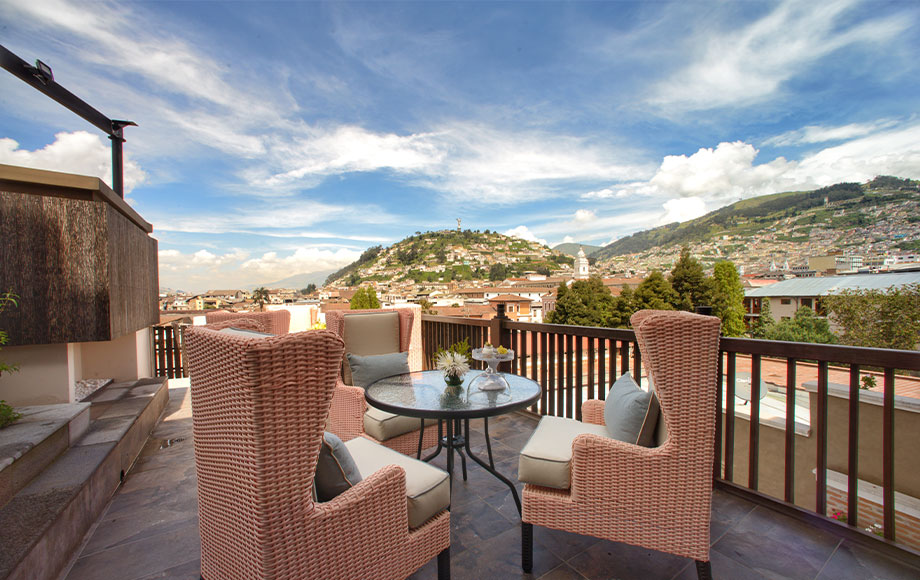 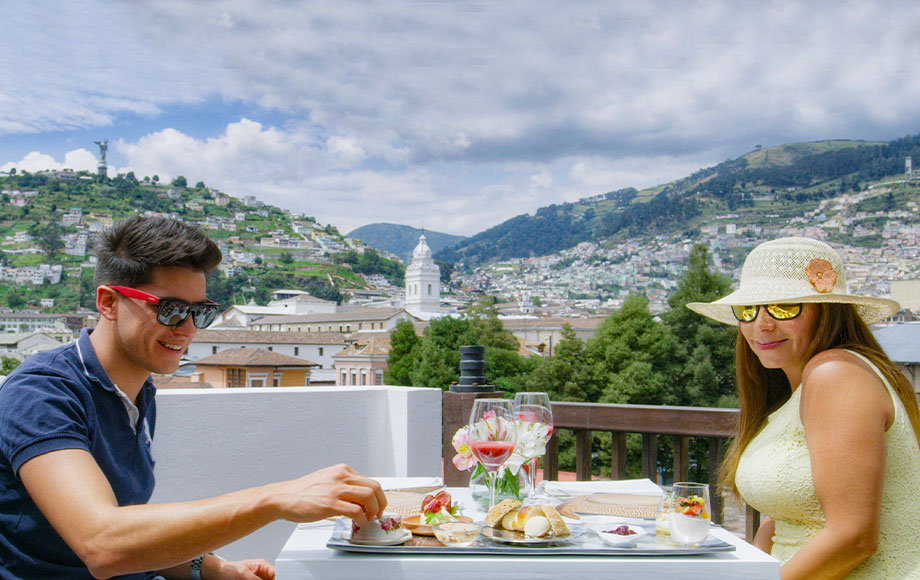 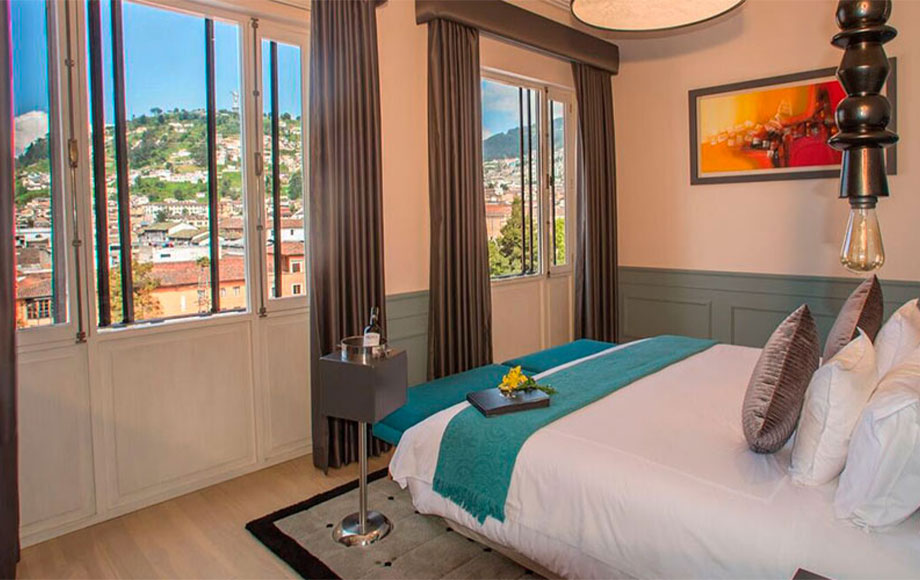 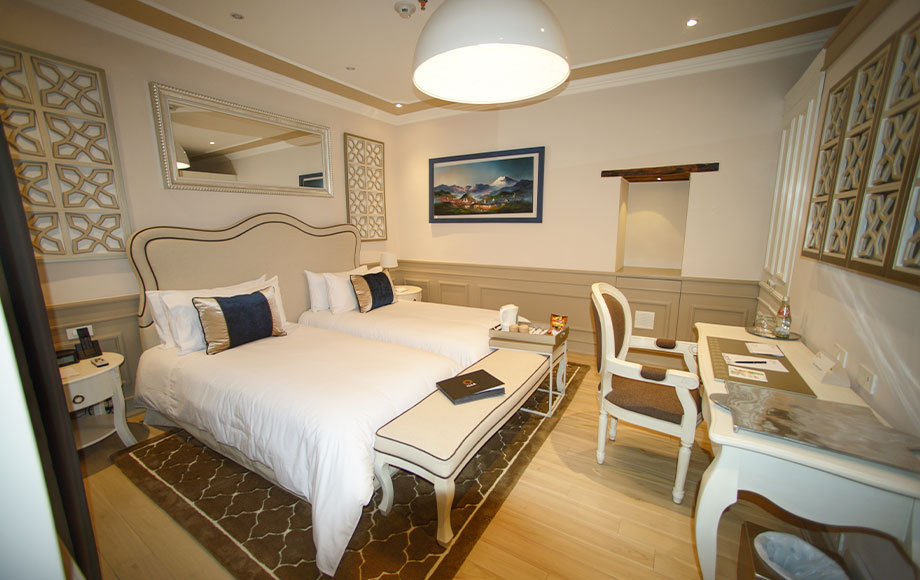 Best places to stay in Ecuador