Clinging to the rim of Ngorongoro Crater, this exquisite lodge is like something out of a fantasy. Decor is a whimsical “Versailles-meets-Maasai”, with thatched-roof timber structures containing elaborate beaded chandeliers and French Baroque furniture. If you happen to forget where you are, just look out of the huge floor-to-ceiling windows which offer sweeping views of the game-rich crater.

Guest rooms define opulence, furnished with leather armchairs, oversized freestanding bathtubs and raw silk curtains. Rooms are spread across three camps: North and South (12 suites each) and Tree Camp (6 suites), each featuring their own dining and lounge areas, serviced by a team of welcoming butlers. Expect fine crystal and sparkling silver at the dinner table, as well as Persian rugs and plush brocade sofas in the sitting room where you can enjoy a nightcap.

If you can bring yourself to leave the magnificent premises, memorable experiences await from game drives along the wildlife-rich Crater floor to forest hikes and Maasai warrior dancing followed by sundowner drinks. You might also choose to visit the Hadzabe Bushmen and learn how they have lived off the land for centuries.

How to get to Ngorongoro Crater Lodge

Guests can fly into the Manyara airstrip and transfer by road to Ngorongoro Crater Lodge, which sits within the Ngorongoro Conservation Area.

Below are some of our preferred tented camps and safari lodges in the Ngorongoro Crater and Karatu regions. Please contact us to tailor accommodation options to suit the style of your trip and your budget. 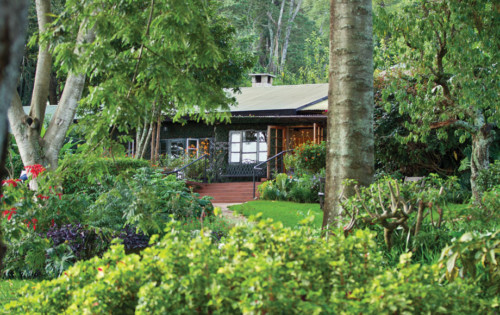 Gibb’s Farm is a former colonial homestead comprising of a central farmhouse and 17 charming guest cottages located in Karatu, a lush area of flower farms and coffee plantations. 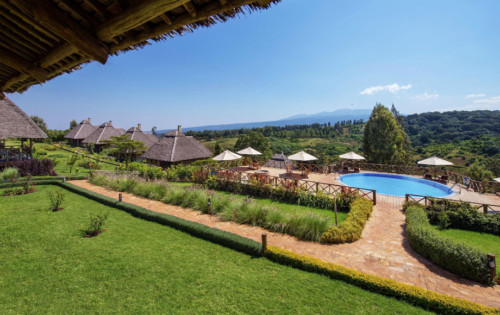 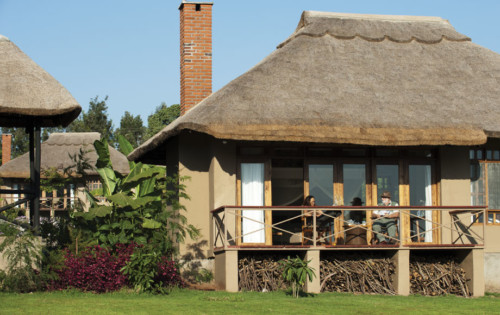 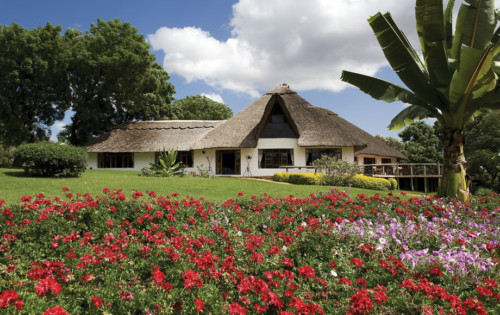 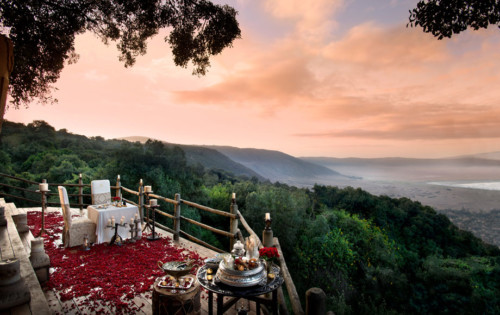 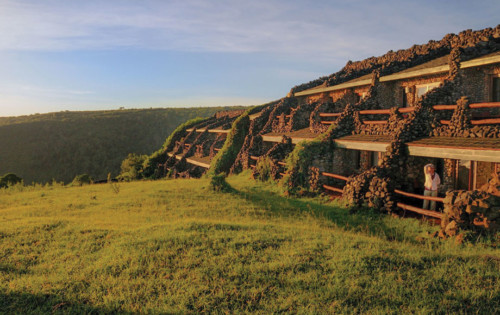 Perched on the rim of the caldera, Ngorongoro Serena Lodge features 75 comfortable guest rooms built with local stone, each featuring uninterrupted views over the Ngorongoro Crater. 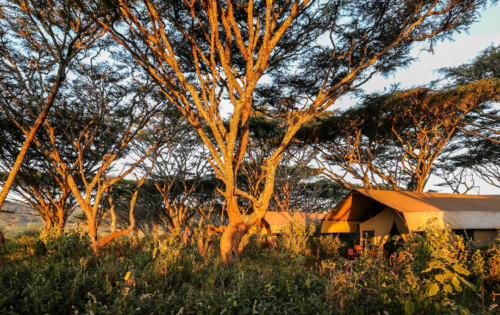 Lemala Ngorongoro Tented Camp is set in ancient forest on the Ngorongoro Crater rim, and provides guests with privileged access to the game-rich crater floor. 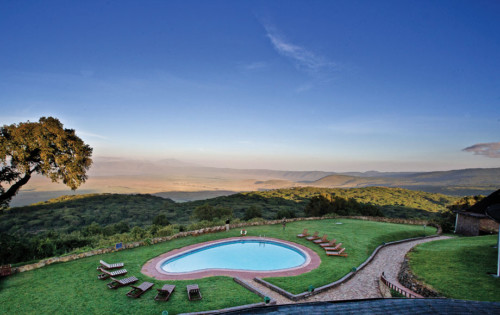 Ngorongoro Sopa Lodge sits on the highest point of the Ngorongoro Crater rim. Themed around traditionally circular African houses with conical roofs, it features 97 comfortable rooms all with a view. 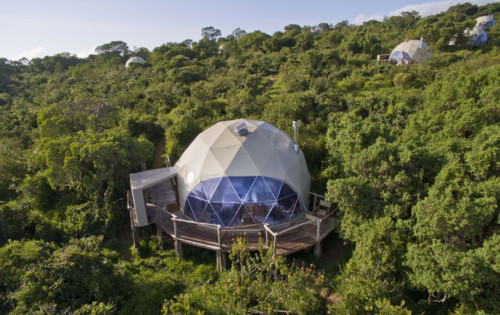 Located the slopes of the Olmoti Volcano to the north of the Ngorongoro Crater, the Highlands Ngorongoro offers guests an exclusive wilderness experience with all the trimmings of a premium 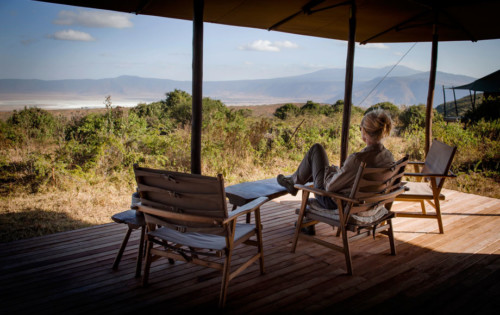 Entamanu Ngorongoro is located high on the caldera rim offers views of sunrise over the Ngorongoro Crater and sunset over the Serengeti plains. There are just 6 stunning canvas guest tents

The Manor at Ngorongoro

Nestled in hills to the south of the Ngorongoro Crater lies The Manor at Ngorongoro masterfully blends old-world Afro-European grandeur and service with modern-day East African style and hospitality.

The following tours are private, independent and can be easily customised to suit your personal travelling requirements. Please contact us to begin designing your personalised Tanzania experience. 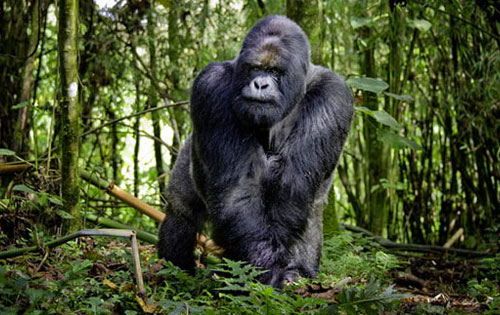 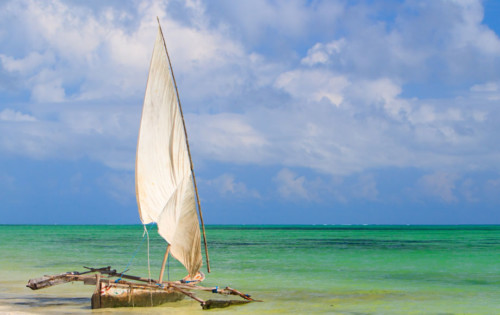 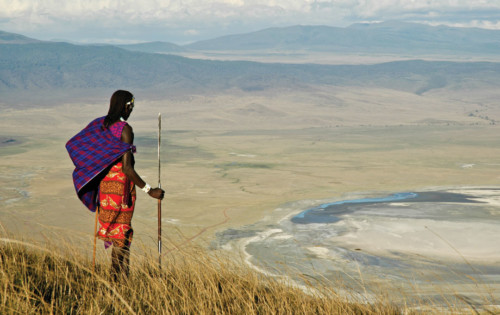 What is the best thing to do in Tanzania?
A wildlife safaris is an absolute must as Tanzania is one of Africa’s great wildlife destinations. Witnessing tens of thousands of wildebeest and zebra in the Serengeti is an unquestionable highlight, whilst the Ngorongoro Crater is one of the natural wonders of the world. A trek to the top of Africa’s highest peak – Mount Kilimanjaro – is a bucket-list experience for any adventure enthusiast.

What is the climate like in Tanzania?
Much of the Serengeti is over 5,000ft so temperatures vary between 22°- 29°C. It is generally sunny and windy, with rain falling between November and May as isolated showers. The low-lying Rift Valley is much hotter (30°-35°C), while the coast is hot and humid. The Ngorongoro Highlands can be cool to cold at night.

How do I get to Tanzania?
There are only two European airlines – KLM Royal Dutch Airlines and Turkish Airlines – that fly directly into the country. Otherwise, flying via the Kenyan capital of Nairobi (where far more major airlines fly to including British Airways and Air France) is another option. From here travellers can then fly to numerous airports in Tanzania.

For travellers coming from the United States at least one stop is required. The easiest airlines for connections are either with KLM or Qatar Airways via Doha. From Doha there are also direct flights to Kilimanjaro International Airport.

What can I combine Tanzania with?
Tanzania is often combined with other countries including neighbouring Kenya or either Uganda or Rwanda for a trek to see the gorillas. A few days on the beautiful beaches of Zanzibar is a very popular way to end a Tanzanian safari.

Want to know more about Tanzania?
Visit our FAQ page or call us: