Sal Salis is your entry point to the World Heritage-listed Ningaloo Reef, one of Australia’s best kept natural secrets

About halfway between Perth and Broome lies the little-known Ningaloo Reef, a 260km-long coral fringe which lies so close to the mainland that you don’t need a boat to experience its undersea wonders. At Sal Salis, the reef is just 100m offshore, with a wealth of marine life including staghorn coral, manta rays, clownfish and reef sharks. Each year between April and July, gentle whale sharks congregate in huge numbers here, and during this season, Sals Salis offers the once-in-a-lifetime opportunity (extra cost) to swim with the largest fish on earth. As of 2016, the Western Australian government has also given Sal Salis guests the go-ahead to share the waters with migrating humpback whales (from August to October, at additional cost).

The area surrounding the property is a rich turtle breeding ground, with species such as hawksbill and loggerheads coming ashore to lay their eggs at night from September to December. Snorkel as much as you want – all gear including wetsuits are provided – and take a complimentary sea kayak out to closer inspect the many sheltered lagoons. There are also various spectacular gorges inhabited by dingo and kangaroo – ideal for walks – if you’re after some land-based activity. 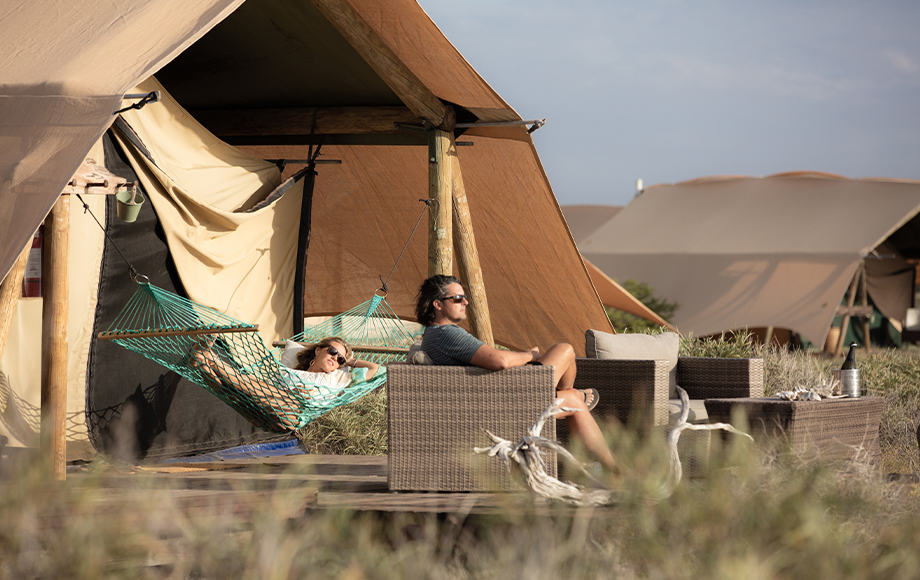 Accommodation at Sal Salis is in spacious, elevated eco-tents, where guests retire on comfortable jarrah-hewn beds with organic cotton sheets. Ensuites contain solar-powered showers and composting toilets to ensure precious water is sparingly used. Tents face the ocean to take advantage of coastal breezes, are illuminated by solar-powered lamps and have no modern distractions such as television, mobile phone reception or Wi-Fi, so nature is the star of the show.

In case of emergencies, the main lodge does have a landline. Guests gather here for meals, which are prepared by the resident chef with seasonal ingredients, bush tucker and fresh fish. There is also a small library with board games and a self-service bar. Stargazing is a typical after-dinner past time on the Whale Deck, with guides happy to point out the different constellations. 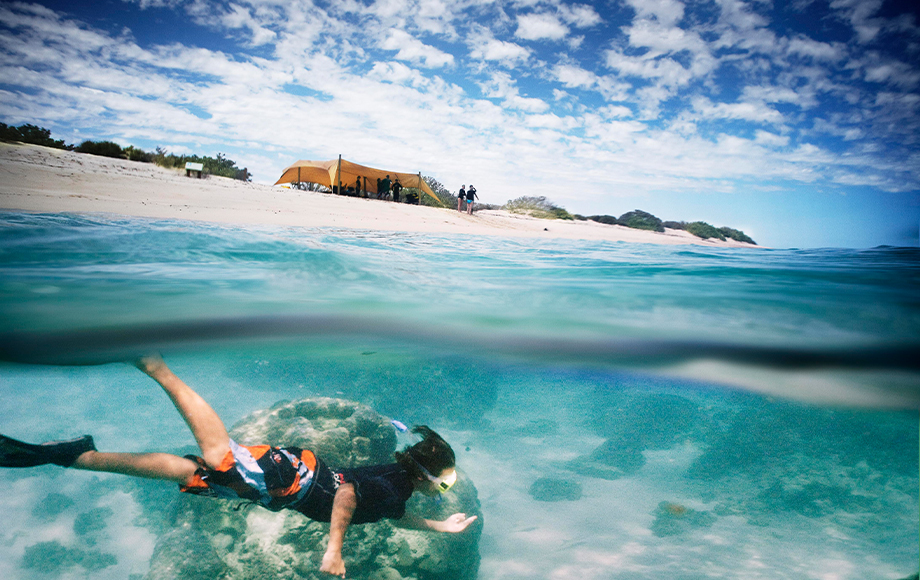 The closest airport to Sal Salis is Exmouth’s Learmonth, which is serviced by Qantas and Virgin Australia from Perth. Due to COVID-19 flight times may be restricted. Flight time is approximately 2.5 hours. Sal Salis is 1 hour 15 minutes by road from the airport, or 50 minutes from Exmouth town. You can also self-drive from Perth; however, the journey could take up to 13 hours and driving at dawn and dusk is not recommended due to large numbers of wildlife in and around Cape Range National Park.

Below are some of our most popular places to stay around Ningaloo Reef. Please contact us for more information.

Half-hidden amongst sand dunes in the Cape Range National Park, Sal Salis is your entry point to the World Heritage-listed Ningaloo Reef.

Below are some of our most popular tours around Western Australia. Please contact us for more information.