The 15th century “Lost City of the Incas” is Peru’s and perhaps South America’s most iconic attraction. Sitting high up in the mountains it has one of the most impressive locations of any archaeological site in the world. Designated a UNESCO World Heritage Site in 1983, Machu Picchu (meaning “Old Mountain” in Quechuan) is 2,430m above sea level and is the most visited tourist destination in Peru.

Was Machu Picchu ever truly “lost”?

Re-discovered in 1911 by American archaeologist Hiram Bingham, at the time the explorer was actually looking for Vilcabamba, the last refuge of the Incas in 1572. Over the last century it has become famous as the ‘Lost City of the Incas’, but in recent times there has been some debate as to whether Machu Picchu was ever “lost”. It has been recorded that when Bingham arrived there were a number of peasant farmers living near the site. 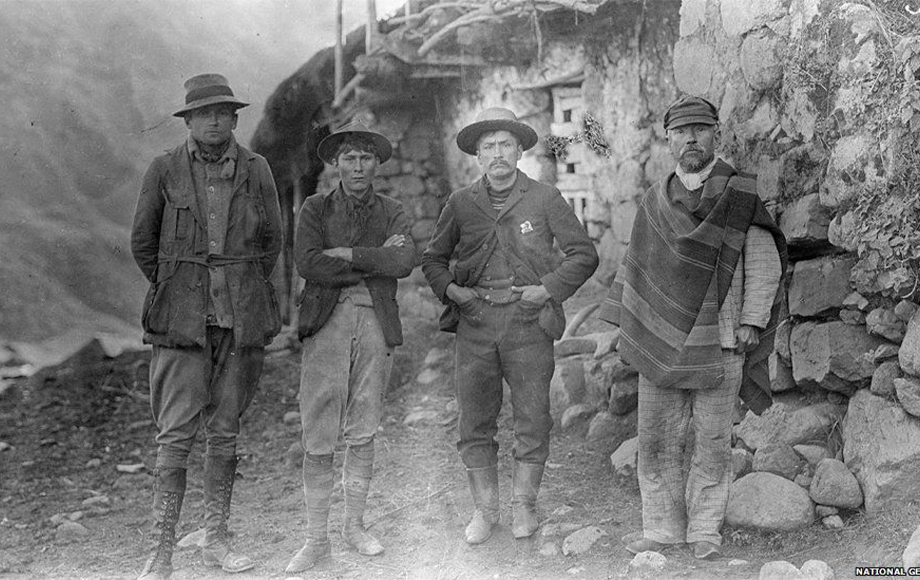 How was it built?

One of the greatest man-made structures in the world the city is comprised of temples, royal houses and agricultural areas. Built in classic Inca style using polished dry stone the structures were constructed using a technique called ashlar. The stones were expertly cut and fitted together like puzzle pieces without using mortar. It is thought that each individual rock piece, some weighing more than 50 pounds (22.6 kilograms) was transported up the mountain without the assistance of wheels. 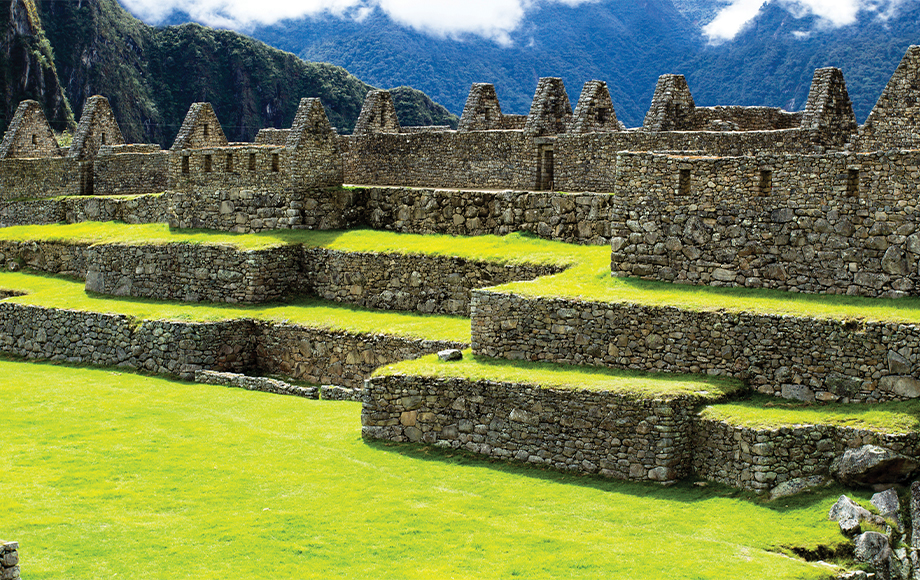 Huayna Picchu and the Secret Temple

A popular addition to any visit to Machu Picchu is climbing Huayna Picchu, the peak that overlooks the iconic citadel. There are just 400 daily permits availableto climb the impressive peak (highest peak pictured left). Built into a cave, the Temple of the Moon is located on the far side of Huayna Picchu. The exact purpose of the temple is unclear, but with exquisite stonework it was thought to have been used as a ceremonial shrine or royal tomb. 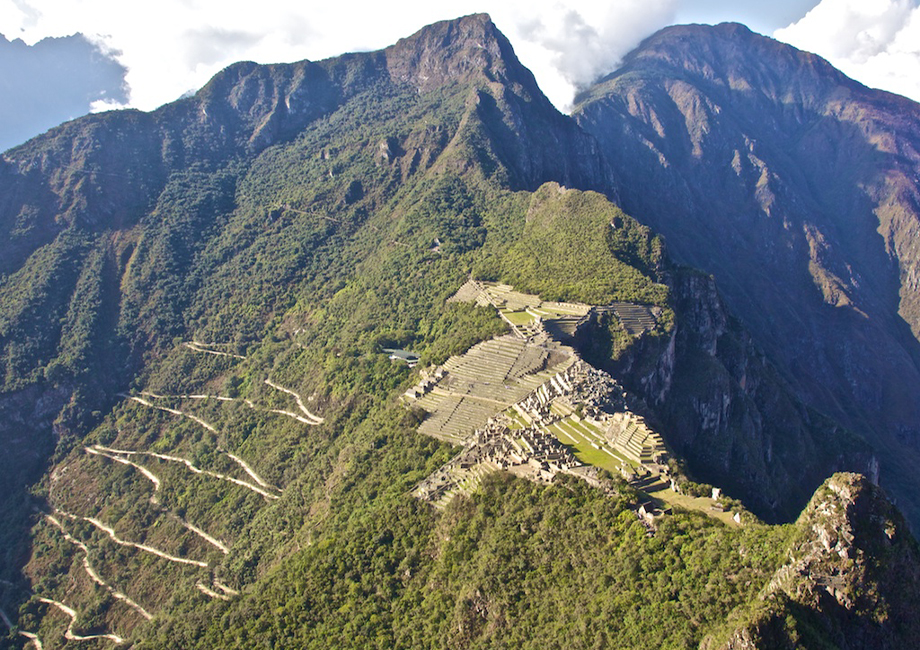 View from Huayna Picchu looking down onto Machu Picchu

How to get there?

Most people visiting the famous citadel travel from Cusco the historic capital of the Incan Empire. Cusco is just 80km from mountain stronghold and is a destination in itself. There are three trains that run from Cusco to Machu Picchu Pueblo, the town that sits directly below the mountain stronghold. A 30 minute bus trip takes visitors up a winding road from the town to the ancient ruins. 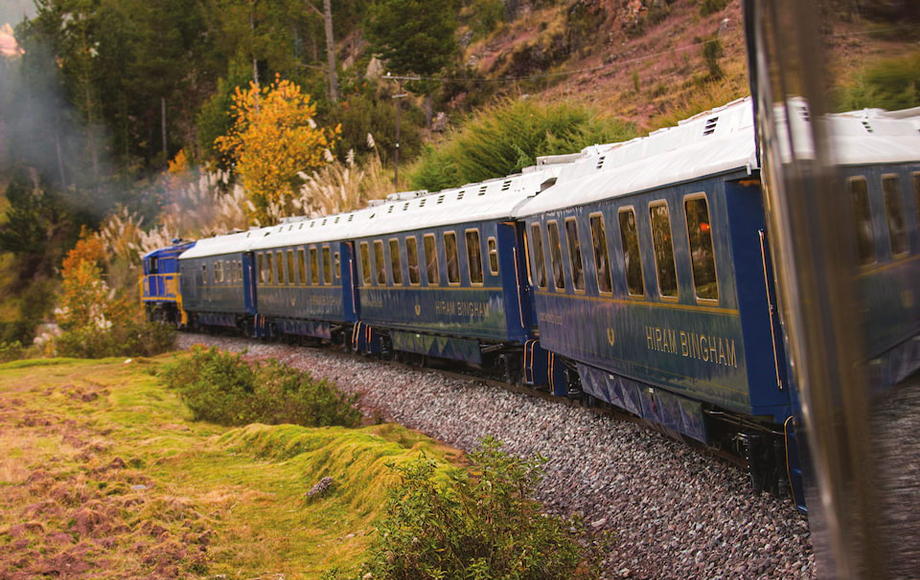 Machu Picchu can also be reached on foot and is a popular rite of passage amongst trekkers. The Classic Inca Trail is a 4-day trek that takes you through breathtaking mountain scenery to the ancient Incan city. There are only 500 permits issued each day so booking well in advance is important to prevent disappointment. 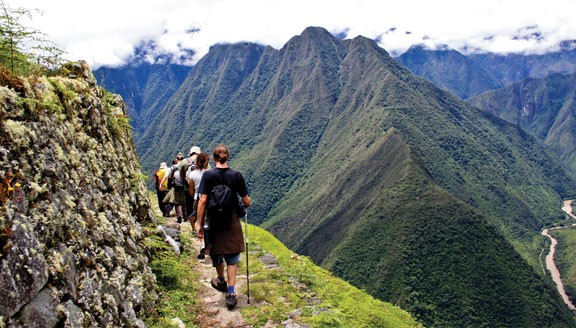 The 15th century "Lost City of the Incas" is Peru’s and perhaps South America’s most iconic attraction.